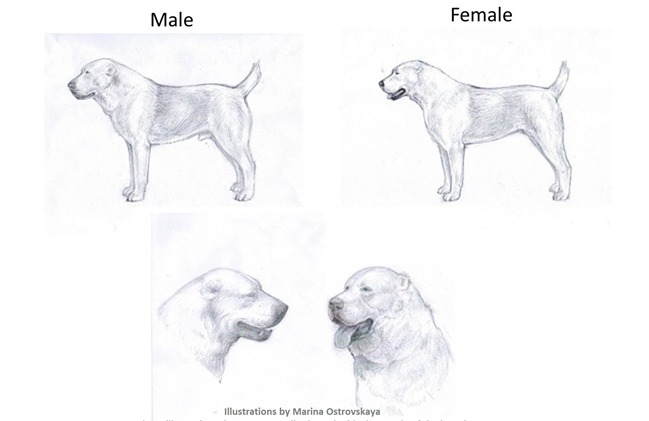 Central Asian Shepherd (CAS) Dogs are an ancient breed estimated to be 3000-5000 years old. CAS dogs originate from the regions of Central Asia including vast regions spanning from Caspian Sea to China and from Southern Ural to Afghanistan.  Historically, they have been used as guard dogs of the livestock, caravans, and territory.  Today, this breed of dogs is still used as livestock and territory guardians but also family protectors and as pets. Our CAS are considered working for their protective abilities. Our puppies are sold as personal, property, livestock and family protectors. While we understand that many of our pups will become loving family members, their main job is to protect you and yours.

CAS are very loving and loyal. They are fearless animals that will protect the family, territory and the livestock as long as it takes to keep them safe. CAS bond strongly with their owners which makes them particularly protective of their owners. It is extremely important that CAS are socialized early as puppies to ensure healthy development of temperament. Due to their impressive size (well over 100 lbs reaching often 150 lbs or more) and protective instincts, proper socialization and obedience training are critical. With proper owner/dog interaction through training and day to day engagement, CAS will know exactly who their owner is.  They are sweet and submissive to their owners, however, they will always be suspicious of strangers.

Please visit our blog for training tips that will ensure proper balance in everyday life and training.

The Official FCI Standard of the Central Asia Shepherd Dog

Why do we use FCI standard to discuss the breed? The standard was written by the breed expert who originate in the country of breeds origin.

FCI standard is the international standard by which Central Asian Shepherds are being judged in majority of the world.